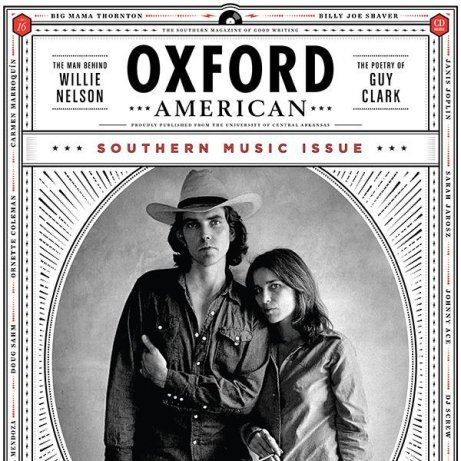 This one was special. It was a story in which living it was as necessary as writing it. Searching for La Perdida appeared in the Oxford American’s Texas Music issue. The piece is about finding home by following the music born from our South Texas land.

We travel slowly off the ranch and out of the brush country through twilight. My father works the gears of a pickup truck that once belonged to his father. No heat, no air-conditioning, no power anything. We reach the smooth county road by dark and set off toward home, guided by our tiny headlights and the brightening stars. My brother sleeps slumped against the door. I lay my head on father’s thick lap and listen to the country wind and sluggish engine until he begins to fill the tired silence with song. My father’s song, a deep haunting melody, rises from a place past exhaustion and worry. His music belongs to simpler days, and it speaks of lost love and longing, and good days ahead. The words, in Spanish, I vaguely understand, but even in my child’s mind I know that his songs, like the day’s troubles, arise from love—for us and our South Texas land.

My love for our land took root early on. From high up on the windmill I gazed over the mesquite, to the north, where I knew my future lay. It was peaceful up there, but not quiet. Time was marked by the creak of the windmill, a rifle shot in the middle distance puncturing the harmony of the bellowing cows, a dove’s cry, and the rustling brush. Rows of clouds stretched for miles toward the horizon, vast and empty. My family calls the ranch La Perdida, the lost place. At La Perdida, clinging to that windmill, I came to what some people search for in church or in the Bible: I came to know the infinite.

In time I followed the mesquites, oaks, and cactus north. I returned for holidays and twice, unexpectedly, to bury my parents, three years apart, in the family cemetery, in a spot I selected under a young mesquite. Elderly veterans cracked their rifles in a final salute and, before the sound of the gunshots faded, the music began. My father had made me promise that a conjunto, a small band, would send him off into the next life, but they played for us. They offered us the ballads known to the generations who have grieved before us, our endless cry carried in the singer’s long wail.

Eventually the music slipped away, and I fell into silence. Then I drifted, like the clouds over La Perdida, first to Central America and then to Mexico, burning with an empty fury.

In the summer of 2014, nearly a decade after I buried my ties to home, and discontent with my restlessness, I set out to make a life in Austin. I carried with me one simple question: was Texas still home to my heart or just the site of dead memories? My answer began to reveal itself through the music of Texas, beginning one night in June in a small club on the south side of town, where Little Joe y La Familia were making a special appearance.

Anyone who grew up in Texas, especially in South Texas, has heard Little Joe y La Familia playing somewhere—at home, at a party, or on the radio. Little Joe, the big band leader known for wearing bermuda shorts onstage and for his show’s rollicking party atmosphere, regaled the audience with family stories, like the time his son Ady, just a toddler, tapped a bass line while his old man puzzled out a song. The set moved from “Wasted Days and Wasted Nights” to the classic norteño song “Ella Me Dijo Que No.” Norteño is a traditional musical style of northern Mexico, heavy on the accordion. La Familia played it with a horn section, giving it a mariachi flavor, before moving into an orchestral rendition of Earl King’s “Those Lonely Lonely Nights.” The band pivoted to their original “Redneck Meskin Boy,” a song in which country-music electric guitar meets big band melody.

Joe croaked out happy birthday to his daughter, La Familia’s band manager, and his niece, the band’s trumpet player. His son, Ady, leaned into the microphone and told the audience, “You’re family, that’s why you’re here.” And, though they were strangers, in the voices of the people crowded around the tables, I recognized the Spanish lilt in the Texas drawls I once heard back home.

Then the trumpets blared that mariachi-inflected sound that every kid from my part of Texas can recognize in the first few bars. The crowd cheered, just as they have for four decades when Little Joe first began belting out the opening lines: “Órale, raza! Here’s my brown soul!”

To read the piece, please visit the OA website where you can purchase a copy of this beautifully curated issue on Texas music which includes a wonderful CD. 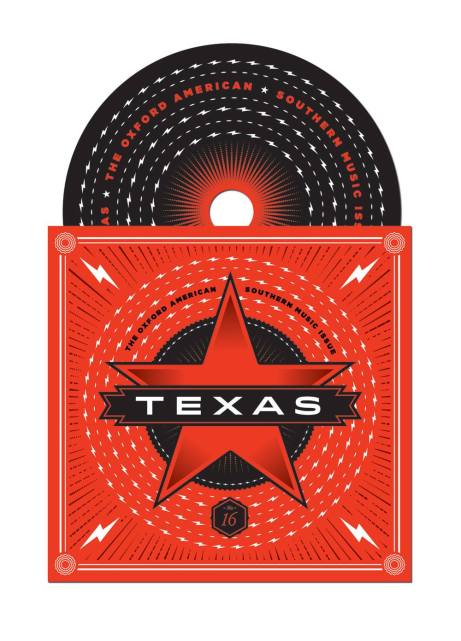